£51.30
In Stock
SKU: DBHW30
World renowned quantum, mathematical and theoretical physicist, Dr. Shui Yin Lo discovered Double Helix Water in the 90s and not only discovered water as a stable cluster but also proved the existence of meridians. This is a major step towards the integration of Western medicine's great capacity to cure quickly and Eastern medicine's focus on prevention and health maintenance. One bottle contains 15 millilitres of Osmio Double Helix Water®
Back to: Molecular Water Technology

Double Helix Water is a relatively new discovery in the field of water and health. It is used by thousands of doctors, integrative practitioners and individuals to support better health and well-being. Its growth and popularity have come about largely by word of mouth. To accurately define Double Helix Water, let’s begin with what it’s not. You may have heard of Kangen water, structured water and ionized water. Double Helix Water is none of these. Double Helix Water isn’t treated in any way and is present in its natural state. Water can exist as a gas, liquid or solid. In each of these phases, it’s made up of the exact same molecules; only the space between the hydrogen and oxygen changes. 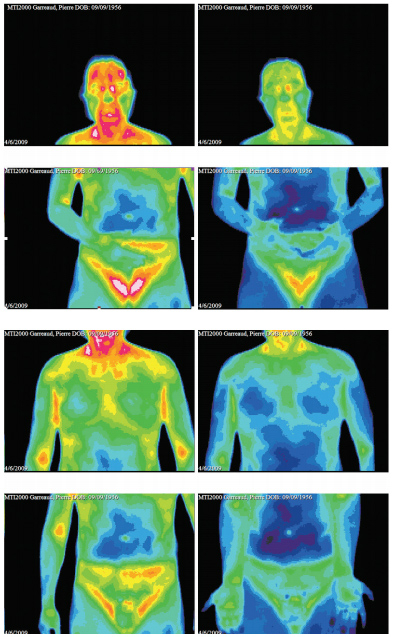 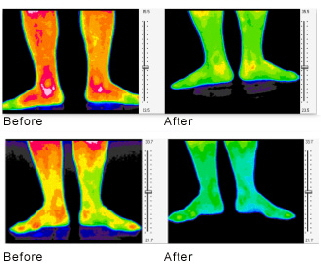 In 2009, a large study was conducted on the stable water cluster’s immediate effect on the human body, using infrared imagery to demonstrate. The study group consisted of 78 volunteers over the age of 45 and free of acute disease. An infrared image was taken of each volunteer, who then drank plain distilled water. Ten minutes later, another infrared image was taken. The same volunteers then drank water containing stable water clusters. Twenty minutes later, a third infrared image was taken. The temperature changes detected by these infrared pictures were then calculated. Statistically significant differences in the temperature responses were found in all 78 subjects. The body surface temperature differences observed before and after drinking Double Helix Water indicate that these molecules induce a rapid physiological response in a human body.

The next major research was released at the International Conference of Water and Health held at Cal-Tech in 2013 and was published in the Forum on Immunopathological Diseases and Therapeutics. This conference consisted of some of the most notable scientists and research professors from universities and research centers around the world.

In summary, our research (plus a large amount of anecdotal data) has shown that these stable water clusters, with their strong electric polar fields, demonstrate impressive biological effects in people taking them daily.

Physics Letters A- Volume 373, Issue 42, 12 October 2009, Pages 3872-3876
Evidence for the existence of stable-water-clusters at room temperature and normal pressure

If you have any questions regarding our products, feel free to contact us today.